Drink driving is a serious criminal offence that can lead to a driving ban, a fine and a criminal record, to name but a few of the possible consequences.

As a first-time offender, it is important that you know the correct procedure to follow and exactly how it may affect your future.

There are a number of offences related to drink driving that you may be charged with.

Offence – Refusing to provide a specimen of breath, blood or urine for analysis

Other possible consequences of a drink driving conviction

Beyond the above penalties for being convicted of drink driving and the resulting criminal record, there are a number of other consequences that could affect you in the future.

If you are disqualified from driving, the courts may require you to re-take and pass the complete driving test.

The courts may require you to pass a DVLA drink driving medical before your licence can be returned to you at the end of your driving ban. This would entail completing a questionnaire about your medical history, taking part in a physical examination and a blood test. You would be required to pay for this yourself.

If you are required to drive as part of your job, then a driving ban would make that impossible.

Many employment contracts state that criminal conviction could result in dismissal so being convicted of drink driving could lead to the termination of your employment on that basis.

Many professions, such as doctors, lawyers and accountants, are regulated by professional bodies who insist that their members do not have a criminal conviction. A drink driving conviction would result in any of these professionals losing their registration and their job.

When searching for a new job, it will be necessary to reveal your criminal conviction to any prospective employer which could make finding employment difficult.

When you are allowed to drive again and seek car insurance, it will most definitely be at a greatly increased rate of as much as 115% over a five-year period (according to Confused.com).

In fact, many insurers will not insure drivers who have a drink drive conviction.

This could affect where you holiday, but more seriously restrict your career prospects if you wish to work abroad or reduce the opportunity to study in a foreign country.

It is likely that there will be some form of report of your court case in the local press, even if it is only a couple of lines.

If you were involved in, or even caused an accident through your drink driving, then the coverage could be more in depth and feature on TV news as well as in the newspapers.

All of this could be seen by your family, your friends and your employer.

Once you have been charged with drink driving, it will be necessary for you to attend court for your case to be heard.

Obtaining legal advice through instructing a solicitor is always recommended. A solicitor can guide you through the process, communicate on your behalf and represent you in court.

You may be entitled to legal aid if you can’t afford to pay for legal advice but to qualify, you must pass the interests of justice test and the financial means test.

The interests of justice test looks at your situation and the affect any conviction may have, such as losing your job. To find out more information visit https://www.gov.uk/guidance/work-out-who-qualifies-for-criminal-legal-aid#merits-interests-of-justice

The financial means test examines your income and circumstances. You can find more information on this test by visiting https://www.gov.uk/guidance/criminal-legal-aid-means-testing

Your case in court

On the day that your case will be heard in court, you should arrive in good time and report to the courts reception or the court usher to confirm your arrival. You will then be directed to a waiting area until your case is heard. When your name is called by the usher, you will be escorted into the courtroom.

You will be asked to stand before the magistrates, confirm your name and address, and enter your plea, guilty or not guilty.

If you answer ‘not guilty’, the court case will come to an end for that day (be adjourned) and be heard again at a later date.

If you answer ‘guilty’, then the prosecution will begin immediately.

How will the magistrates make their decision?

Any penalty or prison sentence that the magistrates decide on must be seen to dissuade the offender from re-offending, encourage the offender to make amends, protect the general public and reduce crime by preventing re-offending.

New sentencing guidelines were introduced in April 2017 for motoring offences which gave the courts the powers to impose community orders and lesser fines for offenders with low level alcohol readings. These guidelines also encouraged the courts to consider disqualification as the starting point for offenders with higher readings of alcohol. For the most serious offences where the offender is immediately imprisoned, disqualification from driving is extended past the prison sentence.

A drink driving conviction will usually result in a driving ban, initially twelve months for a first offence.

Since January 2000, the Drink Drive Rehabilitation scheme has been in place as a way for an offender to possibly reduce the length of their driving ban. It is offered at the discretion of the courts and must be paid for by the offender.

You can find our more by visiting https://www.gov.uk/find-drink-drive-course

The courts may impose a community service order on you, whereby you carry out unpaid work under close supervision on projects that benefit the community, such as working in a charity shop or picking up litter in a local park. This can be for between 40 and 300 hours.

How legal advice can help

When you are charged with drink driving, whether you are guilty or innocent, having specialist legal advice behind you can provide you with the reassurance that your case will be dealt with fairly. Driving Licence Expired? (What are the penalties?) 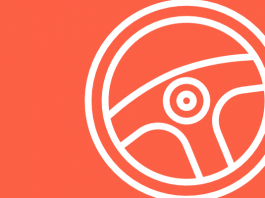 Driving Without Road Tax (Will I Be Fined?)